The Hen – A New Pub in the Swan Valley 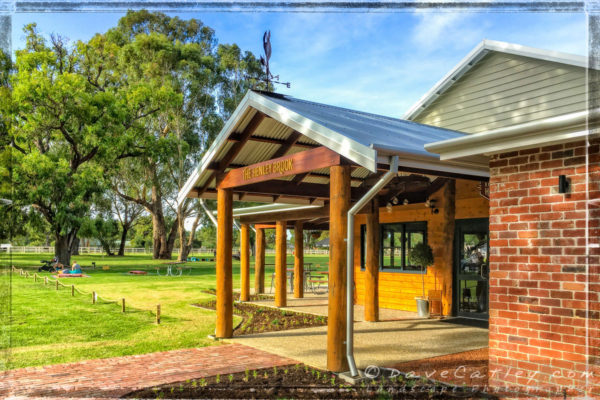 While visiting Mash Brewery for lunch a few weeks ago we came across a new pub in the Swan Valley right next door to the Duckstein (must go there again sometime soon) called “The Henley Brook” (a.k.a. “The Hen”).

This is our Photo Tour of “The Henley Brook” in which we hope to give you a visual guide of our visit along with short notes describing our personal experience at this exciting new venue. 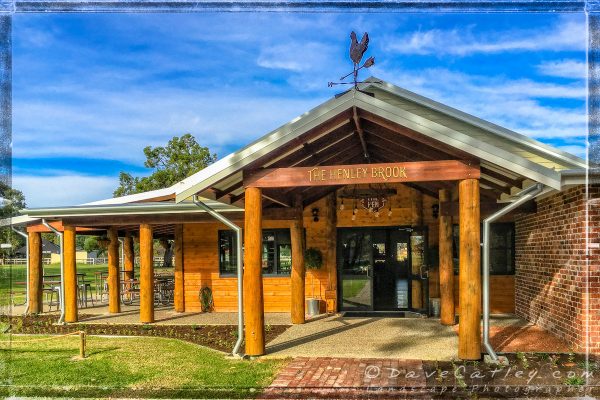 “The Hen”, as it’s affectionately called, is found on a large property on West Swan Road with lots of open grass areas for families to enjoy, plenty of parking and a humorous “Hen” theme used extensively throughout the venue.

We always love a good story tied in with a bit of history and The Hen certainly delivers both. The Hen’s story relates to the original settlers that owned the property, the Edwards family. 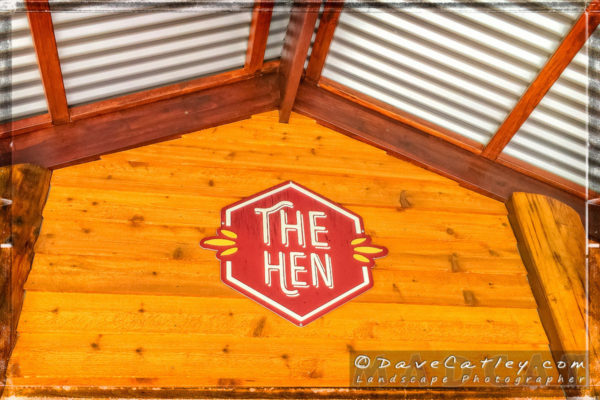 The original Edwards family home still exists at the back of the property and is now heritage listed. It was built back in 1849 by Richard Edwards and his sons, one of the first families to settle in the Swan River Colony.

You can’t beat a great story behind a venue, for us it adds an emotional attachment and shows that the owners care about more than just the money 🙂 Check out The Henley Brook website to read their story. 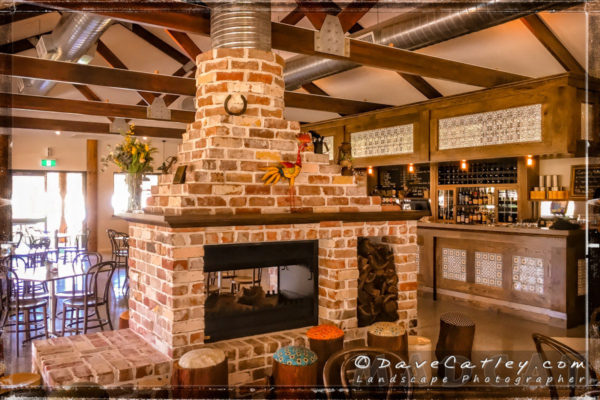 The pub itself is beautifully rustic inside & out with a log fire in the centre adding to the traditional “local pub” friendly atmosphere that us Poms remember so fondly from back in the “good ol’ days” before we move out here to paradise ? 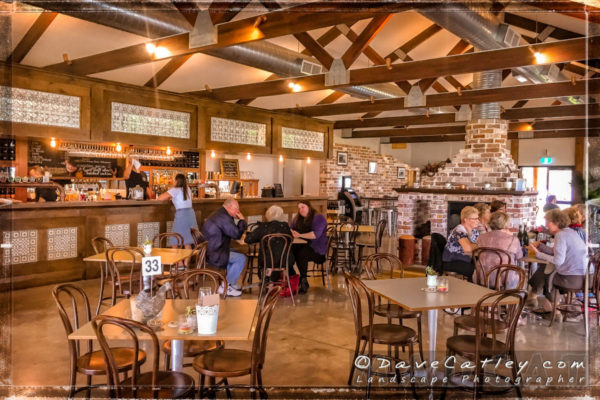 There’s plenty of seating without feeling like your cramped up in a chicken coop (pun intended ?) and there’s a traditional style bar along the length of one wall. 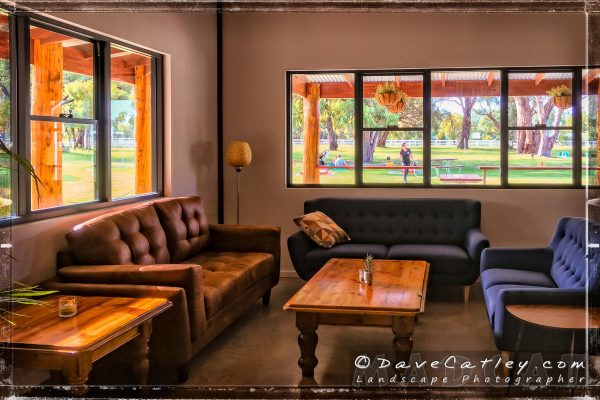 There’s also the comfy seating area to relax in if you’ve run round like a headless chicken all day with great views of the extensive grounds provided by the large windows situated around the building. 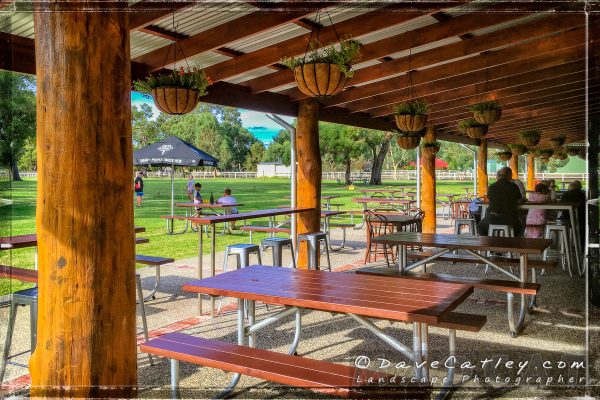 The outdoor seating is also spacious & rustic and situated near to a large area setup for the chicks (& kids) to play in. 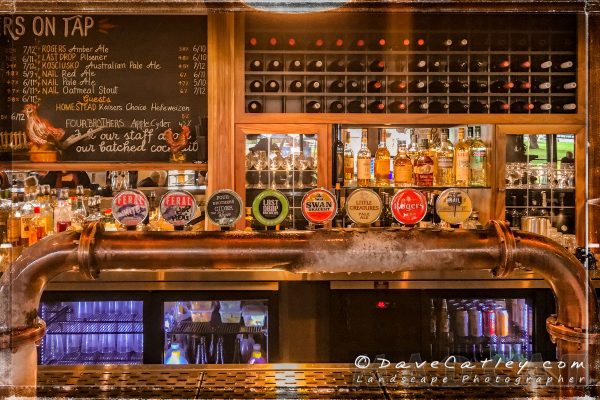 This is where The Hen really stands out from the flock. 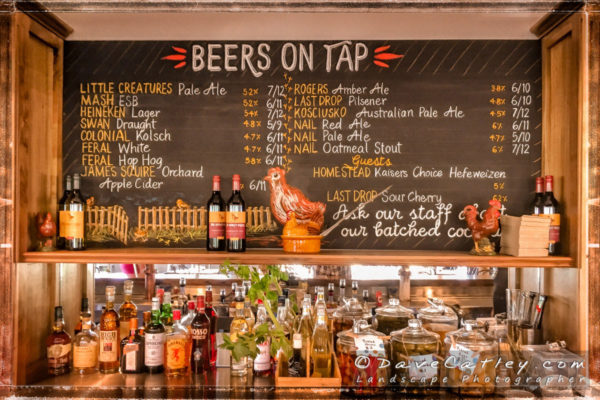 Whilst not a brewery itself The Hen includes in it’s beer selection the largest range of locally brewed Craft Beers I have seen in any pub around Perth.

As you can see from the chalk board behind the bar they have embraced local Craft Beer in a big way and include beers from many of the popular local breweries including Little Creatures, Mash, Colonial, Feral, Nail & Last Drop. 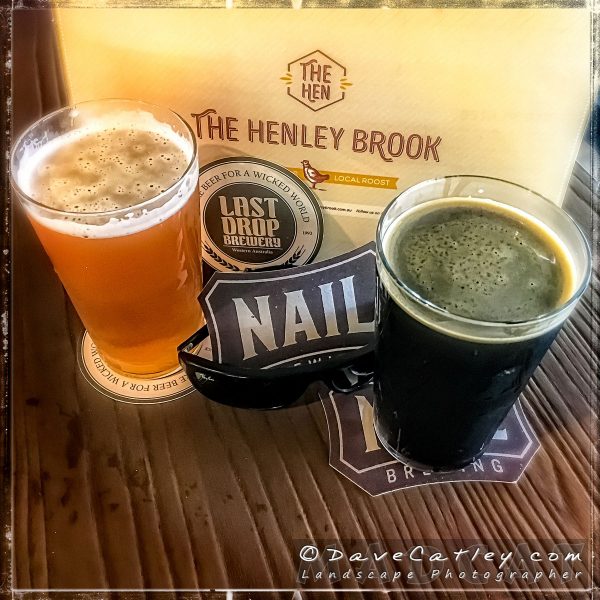 Not only has The Hen embraced local Craft Beers but they also stock a variety of bottled Craft Beers from around the world.

It’s going to take a while but we’re going to have to work our way through all those Craft Beers. By the end of it we may even have learned something about beer tasting beyond the novice level that we’re at now, I’m pretty sure I can already tell a Pils from a Pale Ale!

To start our Craft Beer Journey at The Hen we both tried something new to us. Maggie went with the Last Drop Pils which she really enjoyed. Ironically we hadn’t heard of the Last Drop Brewery before (despite it being the oldest operating brewery in WA!!) so it was a pleasant surprise to discover a new local brewery to visit.

I picked the Nail Stout much to Maggie’s dismay when she tasted and subsequently tried to steal it! It was beautifully smooth and tasty (insert knowledgeable beer tasting comments here) and definitely one of the best Stouts I have ever tasted! 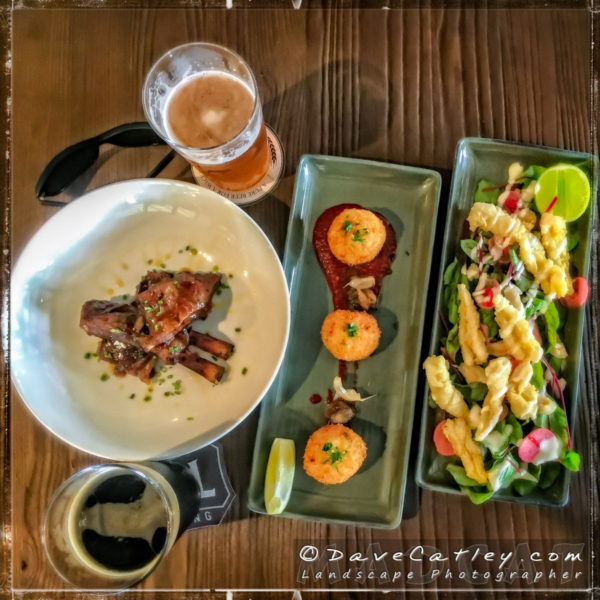 Of course lunch cannot consist of beer alone and there were plenty of tasty looking dishes on the menu.

As we often do we went with a selection of smaller plates to share to avoid over eating and get a bit of variety.

First I picked the Chilli Salt Squid with a salad of lychee, pickled radish & lime aioli. The mix of flavours was a delight and the addition of the lychee made it an amazing dish.

Maggie went with the Texas Hickory BBQ Lamb Ribs as her selection and it turned out to be the sticky, messy, tasty & indulgent dish that BBQ Ribs always should be.

For our third dish we went with the Lemon Prawn Arancini Balls with red pepper & basil coulis and confit garlic. This dish was a disaster! Well, when I say disaster it was really yummy and we loved it but there was not enough of that amazing confit garlic! Someone tell the chef to triple the garlic next time! 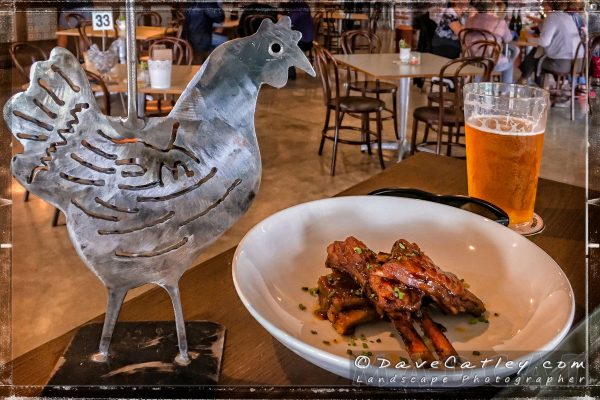 One thing you’ll probably notice as you look around The Hen is all the hens! They’re everywhere and I’m pretty sure that this one with our table number on her back was definitely eyeing up our ribs …

I know normal hens don’t eat meat but those ribs were very tasty and who knows what a metal hen will eat, when it gets a little peckish!!! 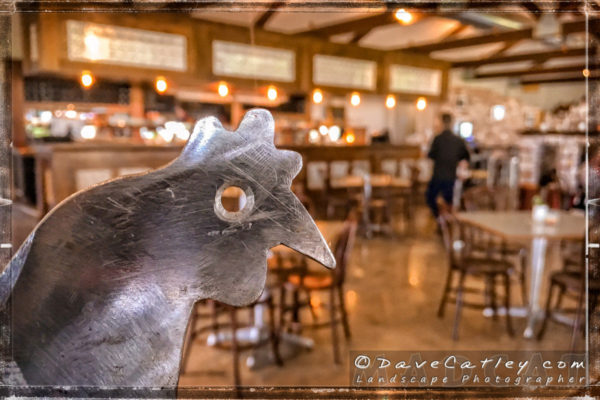 The great thing about being a photographer is that you’re always looking to find quirky subject matter for photos. Apparently this habit of taking photos of almost everything in sight can be a bit annoying to people with you who aren’t photographers 😮

I called this one “The Eye of the Hen”, who knows, maybe someone will write a song about it 🙂 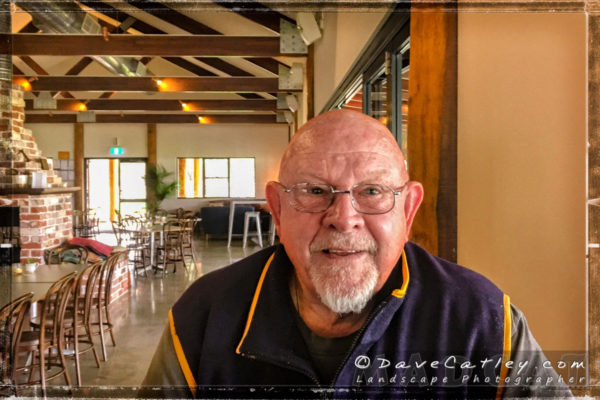 We were all set to leave when this guy asked us as we walked past his table “are you connoisseurs?”.

Note entirely sure what he meant we entered into a conversation with him (Maggie talks the way I take pictures <ducks quickly>) resulting in us not leaving for another 30 odd minutes while we had a great chat with John the Local from Ellenbrook.

It turns out that John the Local really appreciates his beer so we had a lot in common from the start. 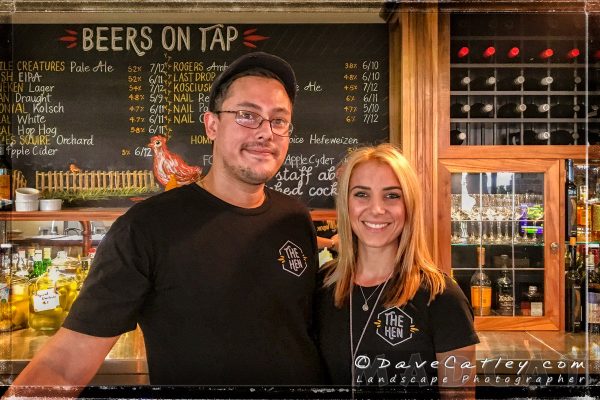 It also turned out that John knows some of the staff very well and he introduced us to the extremely enthusiastic  barman, Josh. Of course I had to grab a picture of Josh with Nicole, one of the waitresses. I have to say that Josh was definitely the more eager of the two to get in front of the camera but they both looked great in the shot 🙂

On the way out we had to pay a quick visit to the toilets and we loved the sense of humour and consistency with the whole Hen theme that went into naming the Hens (Ladies), Cocks (Gents) & Nesting (Parenting) rooms 🙂 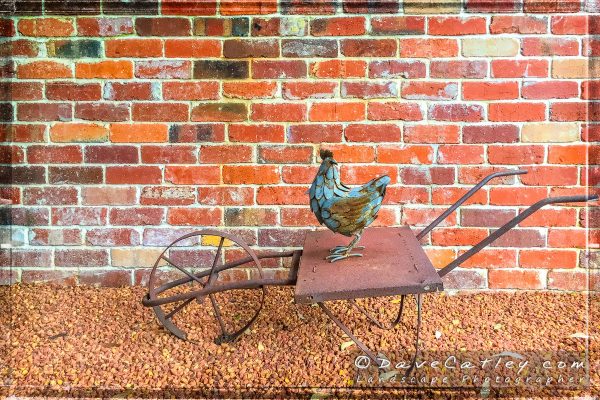 We also noticed this cute Hen on the way out guarding the entrance, she must be the GuardiHen …

All images in this article I took on my iPhone 6s and processed in Lightroom CC & ON1 Photo 10.5

Watch out for upcoming guides on how I use Lightroom CC, ON1 Photo 10.5 & Adobe Photoshop CC to process my images.

Free trials are available for both Adobe Lightroom, Adobe Photoshop & ON1 Photo 10.5 at the following links: